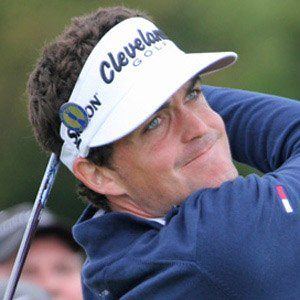 PGA golfer who won the 2011 Rookie of the Year Award and 2011 PGA Championship; played on the U.S. national team in the 2012 Ryder Cup tournament.

He turned professional in 2008, beginning his career with the NGA Hooters Tour.

In May of 2013 he managed an amazing 60 at the Byron Nelson Championship, just one point away from the rare circle of players who shot 59.

His aunt was the LPGA great and World Golf Hall of Fame member Pat Bradley.

He cited Phil Mickelson as his mentor, and gave Mickelson credit for helping him win the 2011 PGA Championship.

Keegan Bradley Is A Member Of