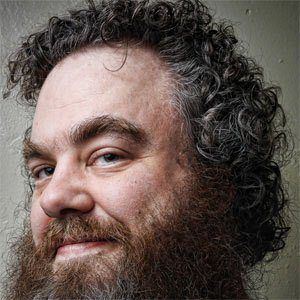 Known for his Kingkiller Chronicle series of fantasy novels, he earned the distinction of being a New York Times bestselling author. His other fiction works include The Slow Regard of Silent Things and The Adventures of the Princess and Mr. Whiffle.

His nearly decade-long college career ended in 1999, when he graduated from the University of Wisconsin–Stevens Point with a bachelor's degree in English. He went on to earn a master's degree from Washington State University.

He created The Story Board, a fantasy podcast, in 2012.

He was born and raised in Wisconsin, where he later settled with his two children and his partner Sarah.

He and Arizona-born writer Diana Gabaldon (known best for her Outlander series) were both recipients of the prestigious Quill Award.

Patrick Rothfuss Is A Member Of