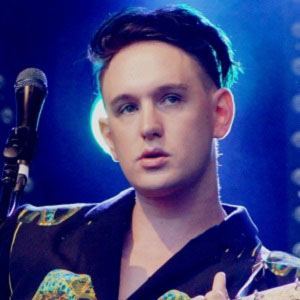 Award winning singer/songwriter and model known for his genre bending style of blending electronica with classical to form a new kind of pop music.

His dabbling in recording caught the eye of Fat Cat Records who gave him the tools to further his music. By 2005 he had released two albums, Lycanthropy and Wind in the Wires, while studying composition at Trinity College of Music.

In 2012, he released Sundark and Riverlight, a double album that celebrated the first 10 years of his career by revisiting old songs and re-recording acoustic versions.

In 2010, he announced that he and his partner William Pollock were entering a civil partnership.

His track "Careless Talk" was featured in the soundtrack for the Keira Knightly film The Edge of Love.

Patrick Wolf Is A Member Of