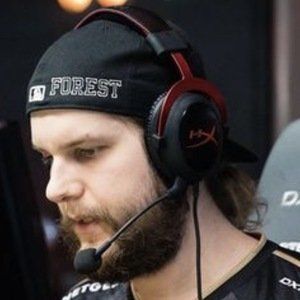 Widely known as f0rest, he is a professional video gamer specializing in Counter-Strike. He has played for the London-based Fnatic team, the Swedish Ninjas in Pyjamas team, the German SK Gaming league, and the American Dignitas team.

He began gaming professionally in 2005 when, as a member of the Swedish Begrip team, he participated in the World e-Sports Games championship finals in South Korea.

Shortly after his debut with Fnatic, he helped his team win silver in the Electronic Sports World Cup. He also claimed for Fnatic the Cyberathlete Professional League Championship title.

He grew up in the town of Upplands Vasby in Stockholm County, Sweden. He has a brother and a sister, both younger than he is.

Patrik Lindberg Is A Member Of