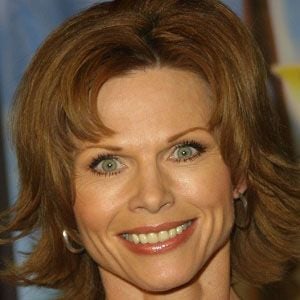 Famous for her more than three-decade-long portrayal of Kimberly Brady (later Kimberly Donovan) on the NBC soap opera Days of Our Lives, she won two 1986 Soap Opera Digest Awards for her work in the popular daytime drama.

After studying theater and dance at the North Carolina School of the Arts, she made her television acting debut as Cassie Mitchell Sentell on the CBS and NBC series Search for Tomorrow.

She played the role of Jo Ann in the 1994 thriller Improper Conduct.

A native of Charlotte, North Carolina, she had a difficult childhood as the daughter of a schizophrenic, physically abusive mother. In her adulthood, Pease was married twice (to Bobby Martin and Ray Jeffers) and raised two sons, one of whom was born with a rare joint disorder known as arthrogryposis.

In a popular storyline, Pease's Days of Our Lives character became the wife of Shane Donovan, a character portrayed by actor Charles Shaughnessy.

Patsy Pease Is A Member Of