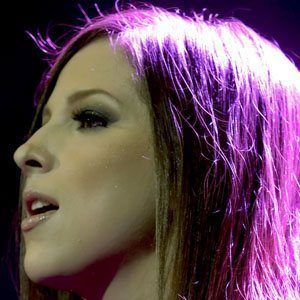 Mexican singer known performing as one half of the pop duo Lu. She has also released hit solo albums such as Me Quedo Sola.

She began taking music lessons at age 16 and later left law school to pursue a career in music.

She received the Best New Artist award at Los Premios MTV Latinoamerica in 2009.

She was born in Texas but her family relocated to Guadalajara, Mexico when she was a child.

She has lent her songwriting talents to fellow artists like Alejandra Guzmán.

Paty Cantú Is A Member Of