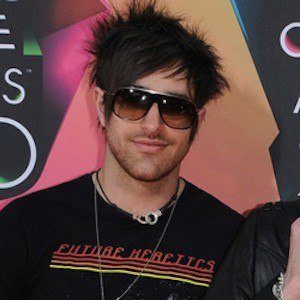 Singer-songwriter known for being the lead guitarist and backing vocalist for the pop punk band Boys Like Girls since 2005.

He was originally brought in by band mate John Keefe to help out on the demos singer Martin Johnson was trying to record. He ended up staying with the band when the demo took off.

He and Martin don't shy away from writing songs about difficult topics because the both had to deal with their mothers passed away from cancer. He was very close to his mother, who passed away in 2003.

He is married to American Idol contestant and television actress Katie Stevens.

He was bandmates with original Boys Like Girls bassist Bryan Donahue before his departure in 2011.

Paul DiGiovanni Is A Member Of