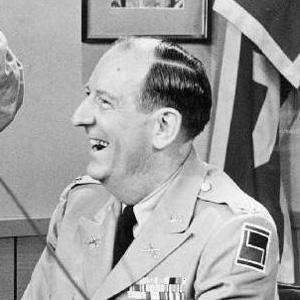 Character actor of stage and television who starred as Colonel Hall opposite Phil Silvers in The Phil Silvers Show, often known as Sergeant Bilko.

He was born Paul Ford Weaver, and dropped his surname shortly after becoming an actor. He worked on various public works projects set up by FDR, and became a lifelong Democrat.

He appeared in plays such as The Music Man, Another Part of the Forest, and Command Decision. His weakness as an actor was that he could never remember his lines, which often forced the actors around to improvise.

He took various jobs to raise his family during the Great Depression and acted on the side.

Paul Ford Is A Member Of