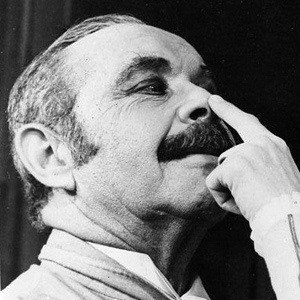 American stage actor who received Tony Awards for his roles in Broadway productions of The Music Man and A Funny Thing Happened on the Way to the Forum.

He debuted on the Broadway in 1932 in a production of Face the Music.

His film credits include Sidewalks of London, Deep in My Heart, and Let's Make Love.

He was born and raised in New York City. He married Mildred Todd.

He appeared with Gene Kelly in the 1955 musical film It's Always Fair Weather.

David Burns Is A Member Of