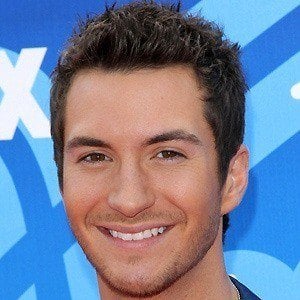 American singer who competed on the twelfth season of the television competition American Idol and came in ninth place.

He auditioned for American Idol in Baton Rouge, Louisiana and sang the song "I Won't Let Go."

He has been a member of the Churches of Christ.

He grew up with family in Palmersville, Tennessee.

He sang the song "Just a Fool" by Christina Aguilera and Blake Shelton on American Idol.

Paul Jolley Is A Member Of