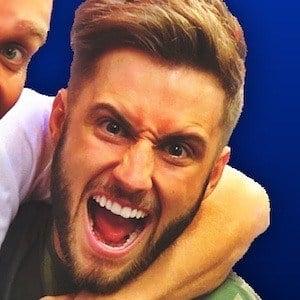 One-half of the comedy duo Woody & Kleiny who became popular for their content across social media. They also performed a routine on Britain's Got Talent.

He and his partner Paul Wood created their YouTube channel in March of 2013, uploading a first video about six months later called "Insane Football Skills in Stadium!"

They have surpassed over 4.7 million followers on Instagram alone and are well known for their videos on Facebook too.

He was born and raised in England. He has been romantically linked with figure skater Alex Murphy.

He has collaborated on video content with Joe Tasker and Brooke Lynette.

Paul Klein Is A Member Of