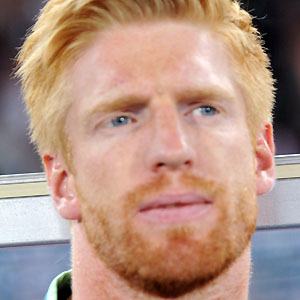 Defender who played for Ireland in UEFA Euro 2008 and 2012. He transferred to Hull City in 2008 and helped the team finish second place in the Football League Championship in 2012-13.

He began playing for Manchester United's youth team in 2002, and made his first team debut in 2004.

He was born in Kilpedder, Ireland.

He was notably compared to Spanish international defender Sergio Ramos. Fellow Irishmen said Ramos was like Paul McShane on steroids.

Paul McShane Is A Member Of