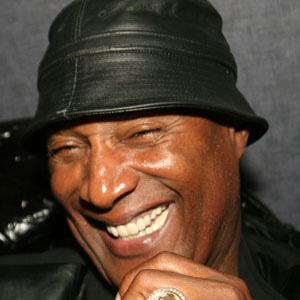 Comedian best known for his frequent appearances on Chappelle's Show. He also wrote jokes for legendary comedian, Richard Pryor, as a part of his sketch show during the 1970's.

He was a ringmaster for the Gatti-Charles Circus, during which time he started writing for Pryor; he wrote for Pryor's Saturday Night Live appearances and several of his albums.

He gave Robin Williams, Sandra Bernhard, Tim Reid, Marsha Warfield, and John Witherspoon their big breaks while he was head writer for The Richard Pryor Show; he also wrote for Redd Foxx and In Living Color on Fox.

He had four children, Symeon, Shane, Dwayne and Daryl. His grandmother, Aimay Ealy or Mama, was his main care provider growing up.

Paul Mooney Is A Member Of