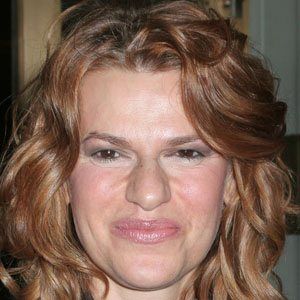 Loose-lipped comedienne, actress, singer, and author known for her critiques of celebrity culture and political figures. She joined the cast of ABC Family's Switched At Birth in 2014.

After graduating high school, she left for Israel to live on a kibbutz. Afterwards, at age 19, she moved to Los Angeles and worked for a time as a manicurist in a high-end salon. She got her big break when she was cast as a supporting player on The Richard Pryor Show in 1977.

She placed 97th in Comedy Central's list of 100 greatest stand-up comedians of all time.

She gave birth to her daughter Cicely Yasin Bernhard on the 4th of July in 1998. She was pregnant with her while performing her broadway show I'm Still Here... Damn It!

She won the National Society of Film Critics Award for Best Supporting Actress for her turn in the 1983 film The King of Comedy, which was directed by Martin Scorsese.

Sandra Bernhard Is A Member Of