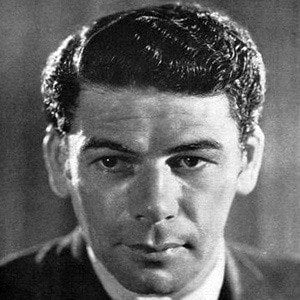 Six-time Oscar nominee who won a Best Actor Award for his performance in the 1936 film, The Story of Louis Pasteur. The film chronicled the life of the doctor who founded Germ Theory. He is a New York Film Critics Circle Award and a Tony Award winner.

He immigrated with his family to the U.S. when he was seven years-old. He grew up in Chicago, Illinois.

He starred as the lead character in the original 1932 film, Scarface, about Al Capone.

He co-starred with Marlon Brando in the Broadway play, A Flag is Born.

Paul Muni Is A Member Of