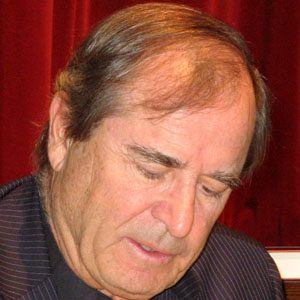 A popular fiction author and travel writer, he is best known for his 1975 work, The Great Railway Bazaar, which details his four-month train trip across Asia. For his 1981 novel, The Mosquito Coast, he received the James Tait Black Memorial Prize.

He graduated from the University of Massachusetts, Amherst with a degree in English. In 1963, he joined the Peace Corps and worked as a teacher in Malawi.

He published his debut novel, Waldo, while he was living in Uganda.

He was born in Massachusetts to a French-Canadian father and an Italian-American mother. In 1967, he married Anne Castle. The couple's two sons, Louis and Marcel Theroux, grew up to be authors and documentary filmmakers.

He criticized actor Brad Pitt's charitable efforts for being driven by self-interest.

Paul Theroux Is A Member Of