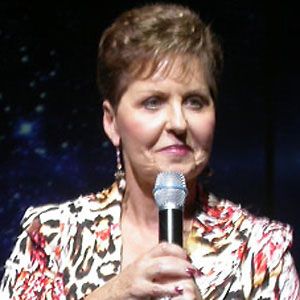 Christian author, preacher, and motivational speaker. Her Joyce Meyer Ministries, though previously investigated by the U.S. Senate, were accredited by the Evangelical Council for Financial Accountability in 2009.

She became a born-again Christian at the age of nine. She attended Life Christian University in Tampa, Florida and founded her own church, Life in the Word, in the mid-1980s.

She has published over twenty faith-based books since 1993.

She had a brief, early marriage to a Missouri car salesman before meeting her second husband, Dave Meyer. The couple married in 1967 and became parents to four children.

She is a successful religious author and speaker, much like Rick Warren .

Joyce Meyer Is A Member Of