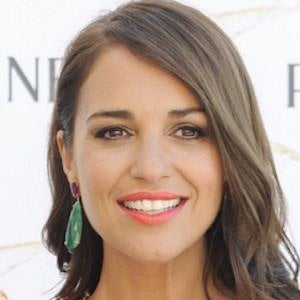 Spanish actress who has appeared in the TV series Velvet and the series Gran Reserva. She portrayed the character of Clara Osma in the show El Comisario.

One of her earliest roles was as Rocio in the 2000 TV series 7 vidas.

She has acted alongside Miguel Ángel Silvestre in the dramatic TV series Velvet.

Paula Echevarría Is A Member Of