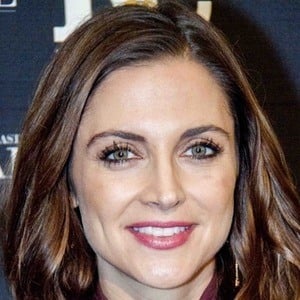 Broadcaster known for her time with ABC News. She served as an anchor for World News Now and America This Morning until 2013. Eighteen months later, she became the anchor of Good Morning America Weekend. She joined The View in 2015.

She received a degree in broadcasting from Cedarville University and worked as a sports anchor in Cincinnati.

She's a Christian and has been very open about her faith during her career.

She married John Krueger in 2000, whom she met in college. They have three children together: Landon, JJ and Caroline.

She and Whoopi Goldberg often have differing opinions on The View.

Paula Faris Is A Member Of