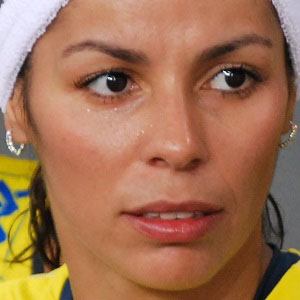 Outside hitter for the 2008 and 2012 gold medal winning Brazilian Olympic team. She was the MVP of the 2008 games.

She was born in Brasilia, Brazil.

She is a gold medal winning volleyball player like Misty May-Treanor.

Paula Pequeno Is A Member Of