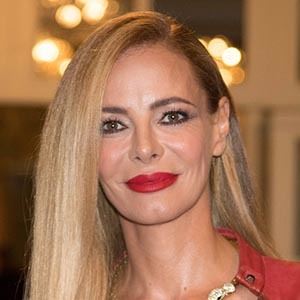 Spanish television presenter and model who is known for her work on a variety of Telecinco and Antena 3 programs. She is best recognized for her work as a presenter on the series Ultimate Beastmaster in 2018 and El Numero Uno in 2012.

She first started her career in television in 1993 when she hosted the program Un, dos, tres... responda otra vez on the Televisión Española network. She gained further attention in 2001 when she hosted the series Fort Boyard and received international fame in 2018 when she was selected by Netflix to present Ultimate Beastmaster.

She is known for having won the Antena de Oro award in 2004 within the television category for her work on the series La Isla de los Famosos.

She was born and raised in Ferrol, Spain.

She shared a photo with professional dancer Raymond Naval to her Instagram in June of 2018.

Paula Vázquez Is A Member Of