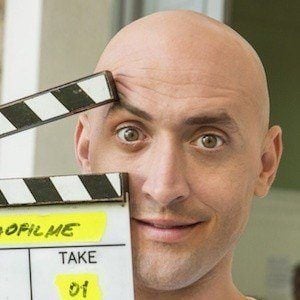 Award-winning actor and comedian most well known for bringing to life Dona Hermínia in the 2013 hit film My Mom Is a Character. He has also played recurring roles in shows like 220 Volts, Vai que Cola, and Pirlimpimpim.

He first started to gain fame in 2004 when he joined the cast of the theatre show Surto. He would later make his screen debut in a 2006 episode of Prova de Amor.

In 2015, he published his first book, an accompaniment to the My Mom Is a Character films, Minha Mãe é Uma Peça.

He married dermatologist Thales Bretas in 2015. They had twins, Gael and Romeu, who were born through a surrogate.

He served as a cast member on 220 Volts alongside Marcus Majella.

Paulo Gustavo Is A Member Of