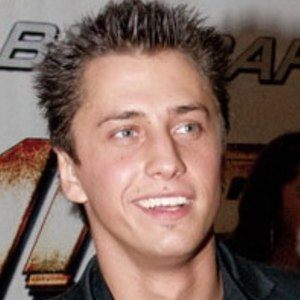 Actor and television presenter who became famous in Russia for his roles on shows like Silver Spoon as well as in films like Hooked on the Game (2009). He began hosting the entertainment news show Kings of Plywood in 2017.

He was an avid boxer and dancer growing up. He studied theater in Novosibirsk, Russia.

He won the Russian National Movie Award for Best Russian Hero of the Year for his performance in the film Mazhor (2014).

He married actress Agata Mutsenietse in 2011. He has children named Mia and Timothy.

He starred in Elvira T's music video for "Everything is Decided."

Pavel Priluchniy Is A Member Of