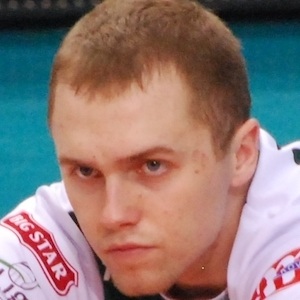 Libero who has won such tournaments as the 2014 FIVB Volleyball Men's World Championship while representing Poland. He has won multiple national tournaments as a member of the clubs PGE Skra Bełchatów and ZAKSA Kędzierzyn-Koźle.

He was raised in Belchatów, Poland.

In 2014, he received the Gold Cross of Merit from the Polish government.

He married Agnieszka Ludkiewicz in 2016.

He was teammates with Bartosz Kurek at the 2016 Olympic Games.

Pawel Zatorski Is A Member Of