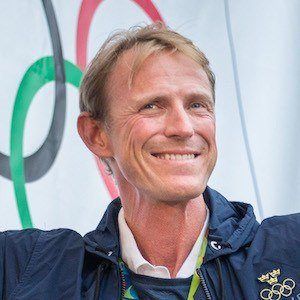 Swedish equestrian who is recognized for having brought home silver medals from the 2004 Summer Olympics and the 2016 Summer Olympics. He has gone on to garner more than 160,000 Instagram followers.

He made his Olympic debut at the 1992 Summer Olympics in Barcelona.

He won a gold medal at the 2017 European Championships.

Both he and fellow Olympian Charlotte Kalla were born in Sweden.

Peder Fredricson Is A Member Of