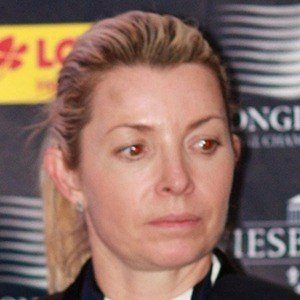 Equestrian who won the Saut Hermes competition in Paris in March 2017. She represented Australia at the 2002, 2006, 2010, and 2014 World Equestrian Games. She has more than 160,000 followers on her edwinatopsalexander Instagram account.

She started riding at the age of eight years old at The Avondale Pony Club. She won the Australian Young Rider Championships in 1995.

She rode in the individual show jumping for Australia at the 2012 Summer Olympics.

She and Karl Cook are both award-winning equestrians.

Edwina Tops-Alexander Is A Member Of