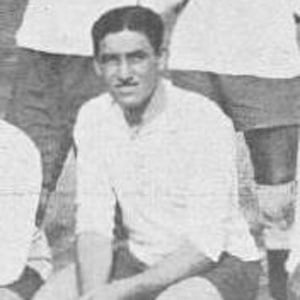 Uruguayan soccer player and coach whose playing career spanned from 1923 to 1932.

He made his professional debut with the Uruguayan team Nacional in the early 1920s.

He married Anna Maria Cea in 1924 and the couple remained married up until his death.

He played alongside Jose Nasazzi on the Uruguayan national team.

Pedro Cea Is A Member Of