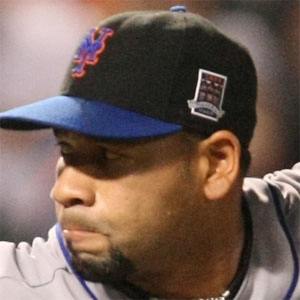 Left-handed reliever who debuted on September 4, 2002 for the New York Mets; became one of the Mets' all-time leaders in games pitched.

He was selected in the 31st round of the 1995 draft by the Los Angeles Dodgers, but didn't make it to the Majors until he signed with the Mets in 2002.

He married Wanda Feliciano in 2005.

He became teammates with ace pitcher Matt Harvey on the Mets.

Pedro Feliciano Is A Member Of