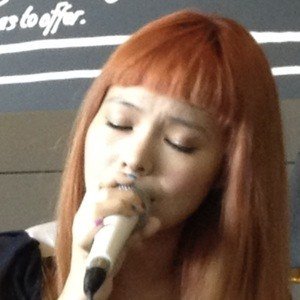 Award-winning Taiwanese singer and songwriter who is known as the founder and lead singer in the band Le Cirque.

Her first album Balloon was released in 2001 when she was nineteen years old.

Her biggest award was the 2007 Golden Melody Award in the Best Music Album Producer category.

She was born and grew up in Taipei with her family.

She is a well known singer like Jay Park.

Peggy Hsu Is A Member Of