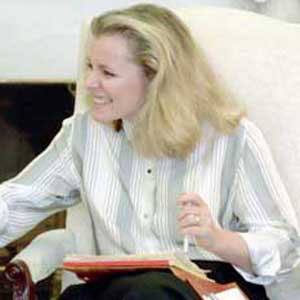 Wall Street Journal columnist and political speechwriter. She also published several New York Times bestselling books, including When Character Was King: A Story of Ronald Reagan and The Case Against Hillary Clinton.

She graduated from Fairleigh Dickinson University and subsequently worked as a writer for CBS News.

She worked as a speechwriter for President Ronald Reagan.

She married economist Richard Rahn in 1985. Their five-year marriage produced a son named Will.

She once worked as a commentary writer for Dan Rather.

Peggy Noonan Is A Member Of