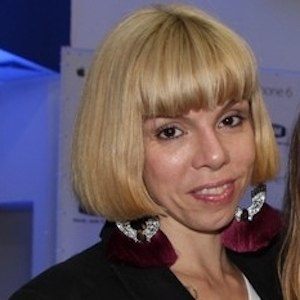 MTV VJ turned YouTuber known for talking about sex, relationships, and everything in between on her channel P & Ponto, which has earned her more than 110,000 followers.

She originally began her career in radio and would eventually joined MTV Brazil in 1997 as a talent and relations assistant.

She had a long career hosting various shows on MTV Brazil including A Fila Anda, MTV na Rua, and Lavanderia MTV.

Her father is renowned Brazilian singer Marcelo Nova. She married Marcelo Steinle in 2010.

In 2011, she joined Viviane Araujo as a competitor on the fifth season of A Fazenda.

Penélope Nova Is A Member Of