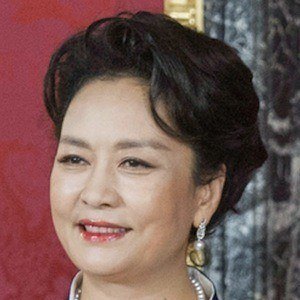 Wife of Chinese President Xi Jinping, who took office in 2013. She is also a folk singer with a soprano opera voice that could crack glass.

For over two decades she was lavishly costumed on the country's traditional New Year's variety show, singing in praise of the People's Liberation Army.

Understanding her influence as the country's folk and political hero, she deliberately chose to wear Chinese-made clothes over Western brands.

She had one child with husband Xi Jinping.

Like Michelle Obama, she became a tastemaker in matters of fashion.

Peng Liyuan Is A Member Of