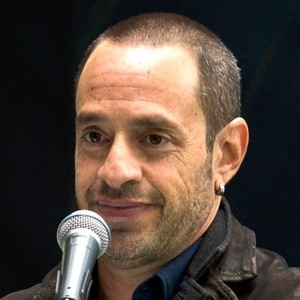 Photographer who is known for specializing in shots of landscapes and horses throughout Mexico. His work has been featured in several galleries including in CDMX, San Miguel Allende, and Tulum. He shares additional works through his self-titled website and his Instagram for his over 120,000 followers.

Beginning by studying music and playing as a drummer, he expanded to clothing when he created the brand SOHO. He then started a nightclub called LOVE. After a severe injury, he began using a point and shoot camera which led him to enroll in a school of photography in Mexico City and began his career as a professional photographer.

He is know for having won the gold medal at the World Photographic Cup or WPC in Yokohama, Japan in 2017, beating out photographers from over 26 countries.

He was born and raised in Mexico City, Mexico before heading off to Los Angeles.

Other photographers also from Mexico City include Gabriel Cabrera and Santiago PerezGrovas.

Pepe Soho Is A Member Of