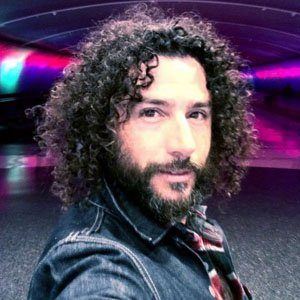 American photographer and actor who has had many celebrity studio sessions and appeared as a child actor in various 1970s and 1980s television series including Happy Days and Punky Brewster.

He played one of his first roles on the television series Starsky and Hutch in 1977.

He worked as a history teacher at Hollywood High School in the late 1990s.

He married and has two daughters, India and Mette.