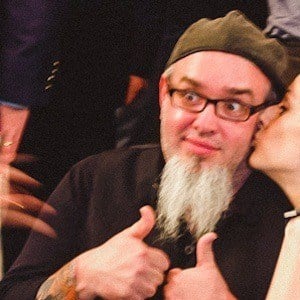 Street, editorial and commercial photographer whose portfolio could be found on his self-titled website as well as on his zarias Instagram account which earned 90,000 followers. The list of publications, brands and labels he'd work with was plentiful and included Bloomberg, TIME, AT&T, HGTV, The Coca-Cola Company, Atlantic Records and Island Records.

He began pursuing a career in photography around his mid-20s.

He would provide resources for creatives on a website called DEDPXL. His work would take him through nearly every state in the US in addition to hitting five of seven continents. The last state he needed to visit was North Dakota.

He would be based out of Atlanta, Georgia.

He photographed Ludacris for Jezebel Magazine.

Zack Arias Is A Member Of