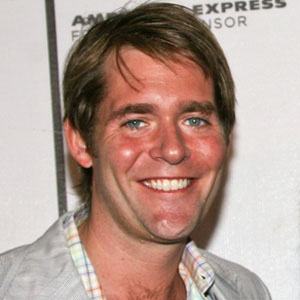 Remembered for his 2007, Lambda Award-winning novel, Hero, this American fiction writer also worked as a Hollywood film producer. In the latter role, he is best known for his work on the popular Chronicles of Narnia movies.

After graduating from the University of Virginia in the mid-1990s, he worked as a White House intern and as a Metro-Goldwyn-Mayer apprentice.

Tragically, he died of a drug overdose several months shy of his fortieth birthday.

He and his sisters, Elizabeth and Jane, grew up in Richmond, Virginia. With his longtime romantic partner, Hunter Hill, he wrote and directed a 2008 film starring .

He was one of the producers of the Rosie O'Donnell Show.

Perry Moore Is A Member Of