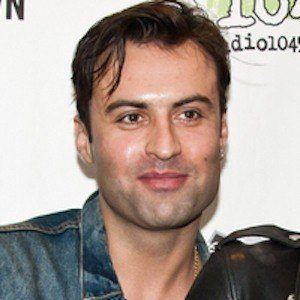 British bassist who has been a member of the rock band The Kooks beginning in 2008. The band is known for albums such as 2008's Konk and 2011's Junk of the Heart.

He replaced Max Rafferty after he was fired from the band for alleged drug abuse.

He and The Kooks headlined the "Groovin' the Moo" concert tour in Australia in April and May 2013.

He has been married to model Portia Freeman and together they have a son named Dylan.

He has been a member of The Kooks with vocalist and guitarist Luke Pritchard.

Pete Denton Is A Member Of