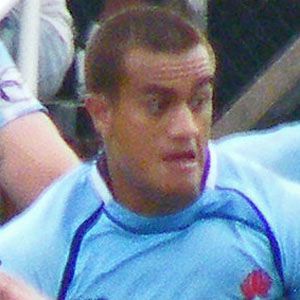 Professional rugby union wing who joined the Waratahs in 2012 and the Australian national team in 2013.

He played his high school rugby at St. Joseph's College.

He was called 'one of the most dynamic and athletic young backs' by Rebels' assistant coach, Damian Hill.

He was born in Wellington, New Zealand.

He and centre Lloyd Johansson both played for the Melbourne Rebels.

Peter Betham Is A Member Of