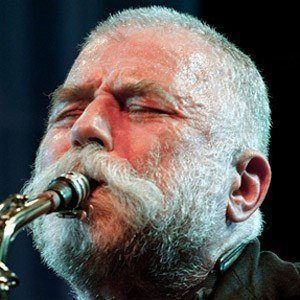 Jazz musician who has performed on more than one hundred albums, including Into the Valley with the Globe Unity Orchestra.

He was inspired by Sidney Bechet to play jazz instead of being a painter, though he ended up designing most of his album covers.

His 1969 record was called Nipples, followed by More Nipples, an album that consisted of the second set of takes from Nipples.

He grew up in Remscheid, North Rhine-Westphalia in Germany.

Both Brotzman and Ray Johnson were involved in the Fluxus visual art movement.

Peter Brontzmann Is A Member Of