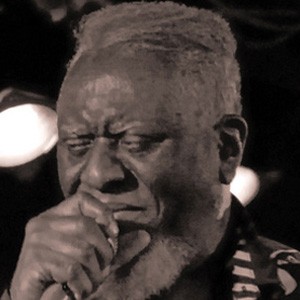 Grammy Award-winning free jazz pioneer who is considered one of the greatest tenor saxophonists to ever live. Amiri Baraka supposedly gave him the name Pharaoh.

He performed with Sun Ra, but gained more popularity when he later worked with John Coltrane. He appeared on Ascension, Coltrane's influential 1965 release.

He has performed internationally and has had a huge following in Japan.

He was born in Little Rock, Arkansas.

He was born Farrell Sanders, but Sun Ra gave him the nickname Pharoah, which stuck.

Pharoah Sanders Is A Member Of