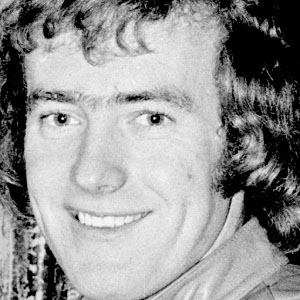 Formula One driver who achieved three victories and 9 podiums before tragedy struck when his car was flipped during the 1958 German Grand Prix. He was thrown from the car into a tree and suffered fatal head injuries.

He made his debut with the Aston Martin team in 1952 and secured early wins at that year's Goodwood Nine Hours Race and the 1953 race at Dundrod.

He joined teammate and eventual close friend Mike Hawthorn at Ferrari in 1957.

He married actress Louise King in 1957.

He tragically lost his life in a racing accident much like Dale Earnhardt.

Peter Collins Is A Member Of