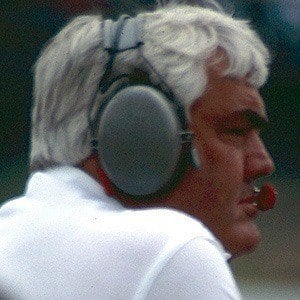 NASCAR legend who won 50 races, sponsored championship drivers, pioneered drafting, and came out with his own line of ham.

In his first win he discovered staying right behind the leading car allowed him to accelerate faster; and so drafting was born.

He published an autobiography called The Last American Hero, playing off a nickname of his.

His father was in and out of prison for bootlegging pretty much all of young Junior's life.

When it came to dirt tracks, even the great Ned Jarrett admitted there were few people better than Junior.

Junior Johnson Is A Member Of