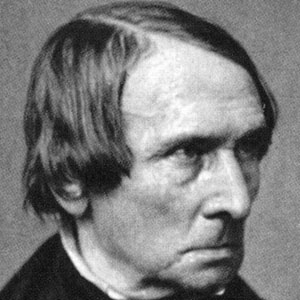 Remembered primarily for his grand frescoes, this German-born painter achieved a degree of fame during his lifetime that few artists can hope to enjoy. In his later years, he became the director of Munich's Academy of Fine Arts.

At age twelve, he started his artistic training at the Düsseldorf Academy.

He is perhaps most famous for his Last Judgment fresco.

A native of Düsseldorf, Germany, he later lived in Rome, Berlin, and Munich. In his early years, following the death of his father, he supported his mother and siblings by working as an illustrator and portrait artist.

He created a series of illustrations for Johann von Goethe's literary masterpiece, Faust.

Peter Von Cornelius Is A Member Of