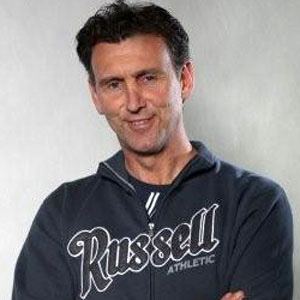 Australian Football League Hall of Fame member who is best known for his exceptional goal-kicking ability.

He joined the Australian-rules Collingwood Football Club (also called the Magpies) in 1979, at the age of eighteen.

He had a two-hundred-and-fifty-game career.

His parents were from Macedonia; therefore, he was referred to as "The Macedonian Marvel" throughout his soccer career.

He and Shane Crawford were both Australian-rules footballers.

Peter Daicos Is A Member Of