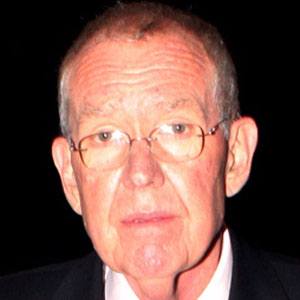 Australian journalist who worked as a correspondent for the Nine Network for thirty eight years.

He began his career in Sydney, working for The Daily Telegraph and several radio stations, before moving to London to work with The Guardian.

He won a Centenary Medal in 2001 for his contribution to Australian society via his work as a journalist.

He had two children, Claire and Adam, with his wife, Anne. Both of his children followed in his footsteps and pursued careers in journalism.

One of the biggest stories he covered was the 1975 dismissal of Prime Minister Gough Whitlam.

Peter Harvey Is A Member Of