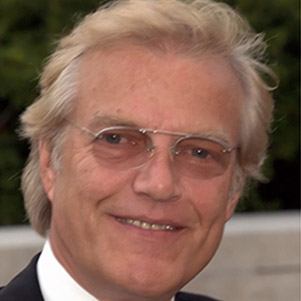 After having a career as a principal dancer with both the New York City Ballet and the Royal Danish Ballet, he became a choreographer and the artistic director of the former company. He earned a Tony Award nomination for his choreography work on the 1985 Broadway production of Song & Dance.

He began taking ballroom dancing lessons when he was just five years old. Later, he trained at the Royal Danish Ballet School.

In 1982, he penned an autobiography titled Far From Denmark.

His first marriage, to ballerina Lise La Cour, resulted in a son, Nilas, who also had a career as a dancer. He later wed ballet dancer Darci Kistler; the couple welcomed a daughter, Talicia, in 1996.

His earliest work of choreography, a piece titled Calcium Light Night, was set to the music of modernist composer Charles Ives.

Peter Martins Is A Member Of