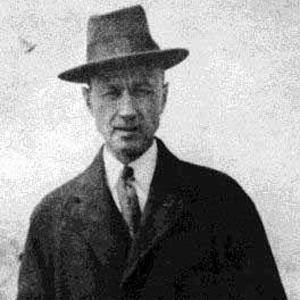 Modernist composer who was an American original, pioneering eclectic and experimental music, polytonality, and tone clusters. Some historians credit him with composing the 20th century's first radical musical work "Central Park in the Dark" in 1906.

He went to Yale University to continue his musical schooling, where he was educated by the famed Horatio Parker.

His experimental music fused American church music with European art music, along with other influences.

His father, George Ives, served as a U.S. Army bandleader during the American Civil War. He married Harmony Twitchell in 1908.

He composed a song for William McKinley's 1896 presidential campaign.

Charles Ives Is A Member Of