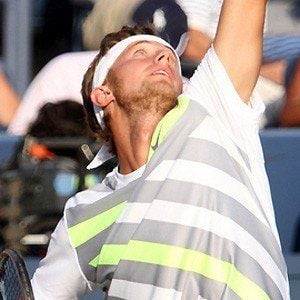 He started playing in the Davis Cup for Canada in 2007, which was the same year that he won his first ITF tournament.

He grew up in North York, Ontario, Canada.

He lost to Novak Djokovic in the second round of the 2009 Rogers Cup in Montreal.

Peter Polansky Is A Member Of