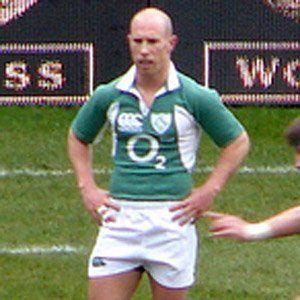 Scrum-half who played internationally for Ireland's national rugby team and debuted professionally in 1998 for Munster.

He played for the Newcastle Falcons in 2012.

He grew up in Cork, Ireland.

He competed against English flanker Neil Back.

Peter Stringer Is A Member Of