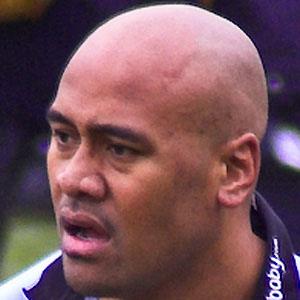 He played for New Zealand on the national under-19 and under-21 sides.

He was selected to the 1995 World Cup team despite almost no international competition experience, and scored seven tries in five matches.

He played alongside Richie McCaw on New Zealand's national team from 2001 to 2002.

Jonah Lomu Is A Member Of